History of Christmas balls - from merry apples to eco balls

Christmas Tree - When December comes, many people around the world are thinking of this small tree. And while throughout the world habits have changed over the centuries, the custom of decorating Christmas trees has remained until today. And how was it at the beginning? It turns out that the tradition of dressing up a Christmas tree goes back to the very ancient, pagan times.

It was during this holiday that Christmas baubles were hung on the Christmas tree. This was the time when the winter solstice was commemorated, which was preceded by the Sweaty Evening. It was at this time that the victory of light over the darkness was commemorated, the time when the day began to fall, and the night was reduced. During this time people were rejoicing because it gave people hope, joy and optimism. 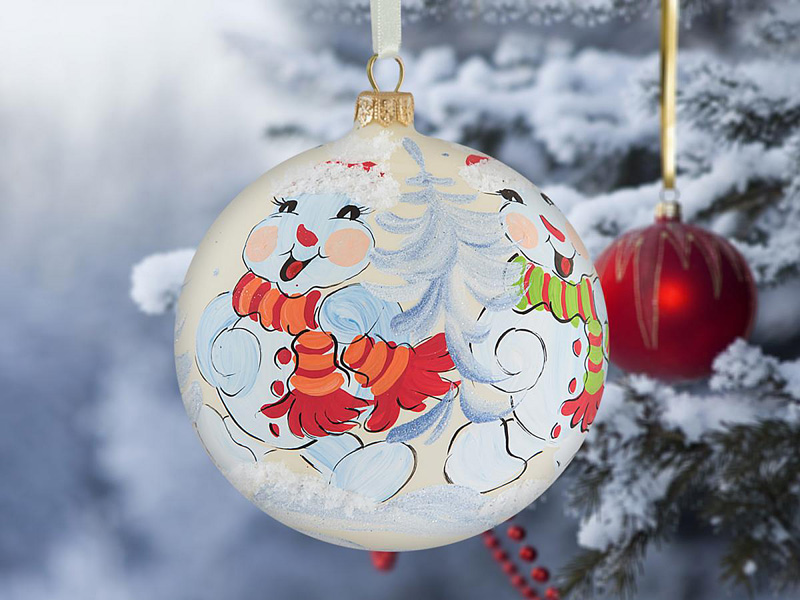 It was celebrated throughout the Slavsia region, and in the Czech Republic and Slovakia it was called Kraczun. The Slavic Feast of the Slavs also called carol. Interestingly, the New Year's pre-Christian Slavs celebrated in the spring. In turn, they were caroled around the winter and spring. During these festivities the course of next year was reported, for example the harvest and the weather.

Children at midsummer get small gifts, such as nuts or apples or donuts, or special dolls or animals. Chestnuts, apples and nuts were also hung on the Christmas tree, which at that time still had the shape suspended under the spruce ceiling. It was believed that the spirits of the dead ancestors would come to live on this merry day home. 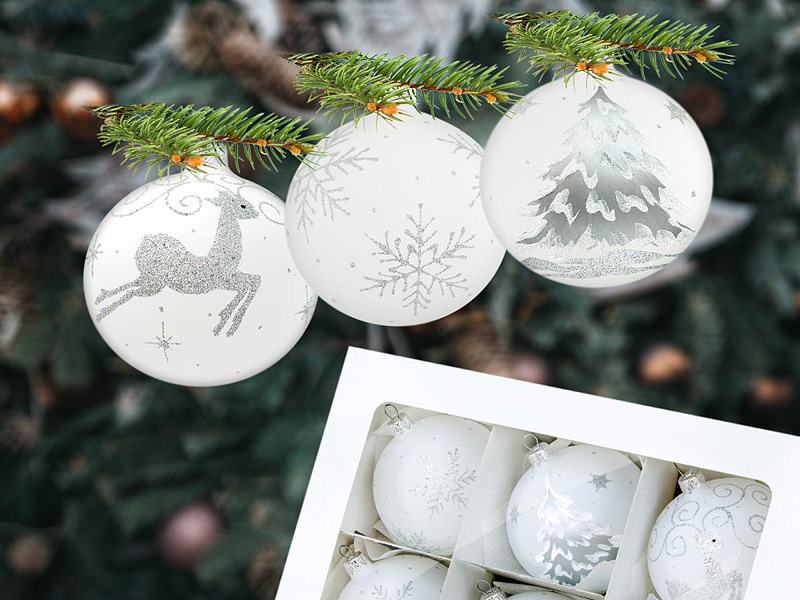 Previously, in order for the ancestors' souls to heat up, burnt cemeteries were burnt and ritual feasts were organized. Then these feasts were moved to homes, and the link between the living and the dead was the Christmas tree and the ornaments hanging from it. Today the eagerness of these mesmerizing habits left an extra cover at the Christmas table and baubles, which replaced the culinary decorations of the dead souls.

In turn, in some Polish regions, for example in Silesia, in the corner of the street was a barn, which was called diduchem. It was decorated with dried fruit and nuts. Immediately after the feast of the feast, the sheaves were kept and stored until spring. The seed of this sheaf was started next year's sowing. At the turn of the eighteenth and nineteenth century, the custom of decorating spruce was replaced by the custom of decorating the Christmas tree. Today Christmas trees and hanging Christmas baubles are a symbol of Christian Christmas.

What other meanings were apples and nuts or other decorations on spruces and Christmas trees besides being food for spirits? Now the apples protected, for example, from diseases and helped with love affairs. Apple also symbolized longevity and health. It also reminded me that spring would come soon. The apple also brought to mind the pleasures of love. 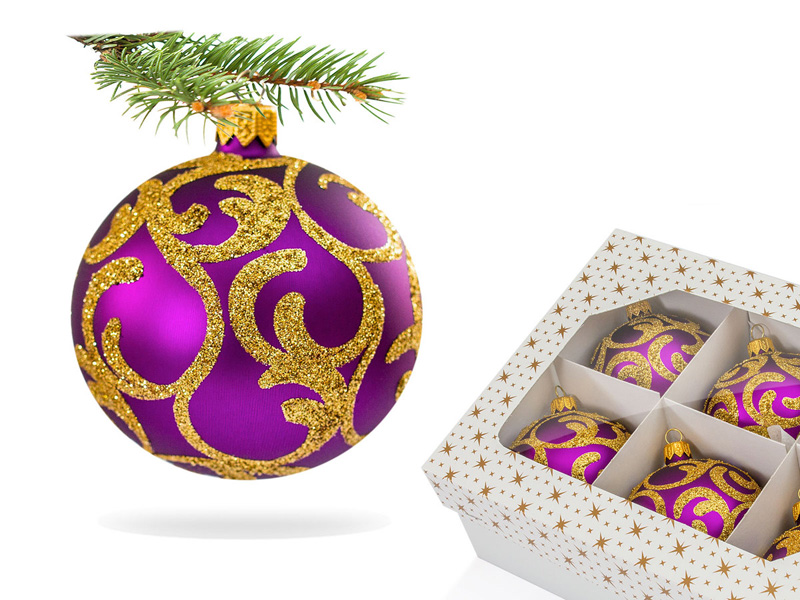 In the medieval tradition, Alexander the Great, while searching for water in India, visited the apple orchard, whose fruits extended the life of the priests to four hundred years. Apples also refer, of course, to the paradise fruit Adam and Eve tempted.

On the other hand, nuts on Christmas trees or branches of spruce, which fulfilled the role of the first glass balls, were supposed to ensure successful married life in the coming year. Nuts in the Christmas tree were also a symbol of the mystery hidden in the shell. Walnut also symbolized the truth and difficult tasks to fulfill. Nuts were also supposed to add wisdom to the person who eats them.

Why did he come up with a Christmas tree?

Christmas tree-shaped decorations symbolize harmony. Their presence on the tree is to give people hope that everything in the world is going by cosmic order and in harmony. Of course, the first Christmas decorations were very much appreciated. They also made their own decorations, such as cutouts, chains. These ornaments were handmade. But the nineteenth century and the time of capitalism came. 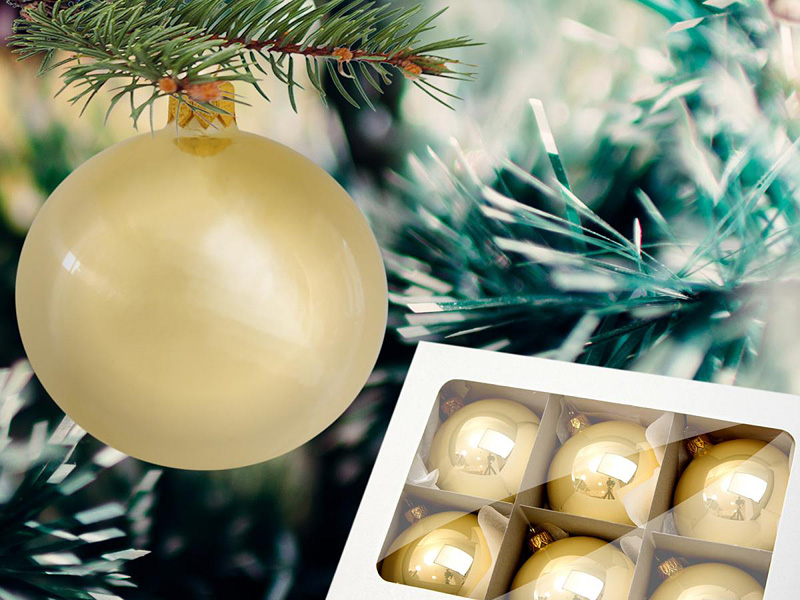 In this way, beautiful Christmas decorations were created, which many people liked. The interest in these ornaments was so great that it brought a large income to the craftsman who soon became very rich. That is how the tradition of Christmas balls was born. Of course, we began to produce baubles of various shapes, not just round ones, but these are the most rounded baubles that are considered the most traditional, as they bring to mind those first round ornaments of nuts and apples symbolizing the harmony of the cosmos.

In the twentieth century were the ornaments that could be bought in the store and were mass-produced. But the twenty-first century came and our homes are gradually returning to fashion for self-made ecological decorations. Fashion has come to recycling. What is that? Recycling is a way of protecting the environment. 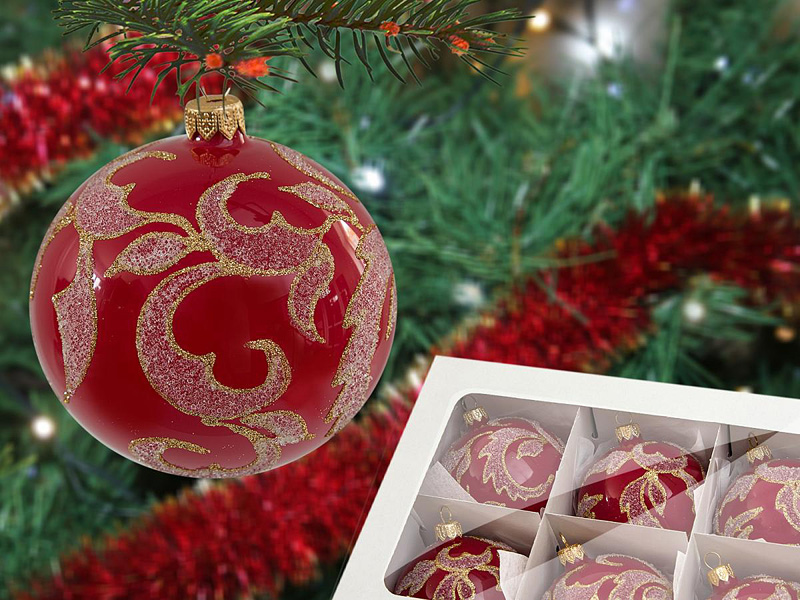 The purpose of recycling is to reduce the consumption of raw materials and reduce the amount of waste. That is, it is about re-using the item and make a bauble from another material, which we do not throw on the trash, but we will find a second life for it.

What can I do with a ball?

An interesting idea for a Christmas ball is, for example, a light bulb. We can make a snowman with such a bulb. We take such unnecessary light bulb and cut out of black paper or unnecessary book black eyes and snowman buttons and glue on the bulb.

You can also make a Christmas ball with a small ball, which we put on newspapers and decorate brocade. Such balls can be painted in one color or painted, for example a cottage. Christmas baubles or Christmas decorations can be made with everything. 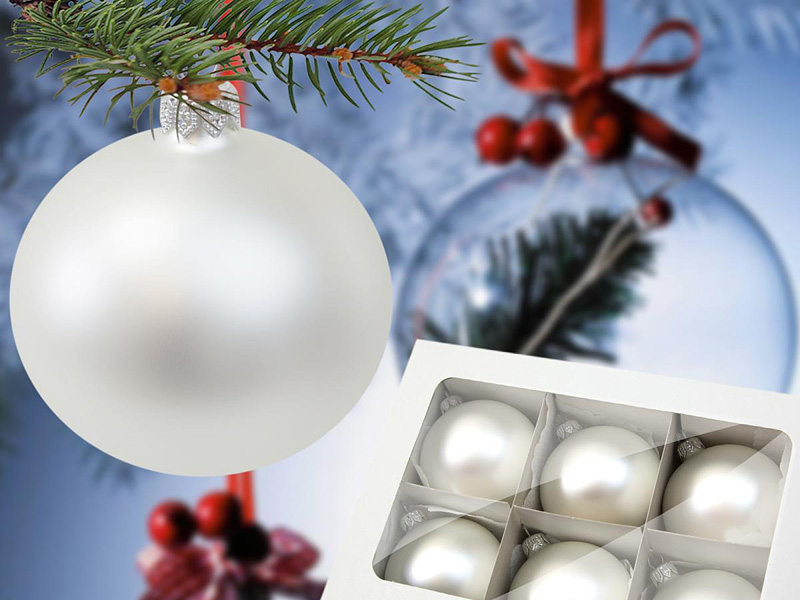 You can also hang a candy on a Christmas tree. You can also make bubbles from an egg extruder, which you then paint the pieces by hand. Some also make ornaments from old unused jigsaw or playing cards that get lost and which can hang on the Christmas tree. Interesting also are paperball wicker baubles.
What kind of ecological baubles do the symbols have? First of all, they are a symbol of new times and a symbol of renewal.


And what are your ideas for the Christmas tree this year? Share with us in Facebook comments. 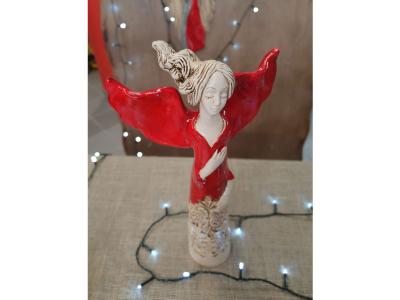 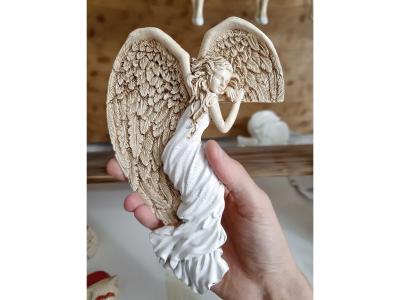 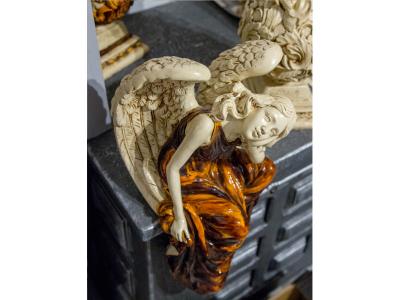 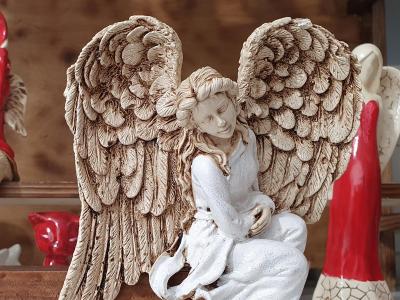 Synesthetic watercolors in the form of hand-gilded graphics

Our offer has expanded to handmade gilded graphics by Ms. Alina Skiby created from large-format watercolors.

How we handpaint our figurines

See how are figurines are painted. A few moments from our angels' life.

We visit an unusual place in Krosno - the Glass Heritage Center with a visitor from Poznań.

How we decorate Deers - video

How we paint and decorate deers on white, shiny glass ball.

How we paint and decorate golden huts on black glass ball.

How we hand paint Angels - video

How we hand paint and decorate golden angels on glass christmas ball.

How do we paint Red Hats - video

How we paint and decorate red huts on white, shiny glass ball.

Join and get extra 8% dicount for first order!